On February 7, 1942, in the midst of the Second World War, the Pittsburgh Courier coined the term Double V campaign. The Double V Campaign was designed to encourage Black Americans to keep up the fight for equality while at the same time fighting fascism around the world.

Eighty years prior to WWII, Black Americans fought the same battles of guns and bullets on the battlefield and racism in American society at home. From 1861 through 1865 Black soldiers and sailors fought a Double V Campaign in The War of the Slaveholders Rebellion. Black service men fought for desegregation, equal pay, and citizenship. First Serg’t William McCoslin of Co. A, 29th USCT stated in the August 27, 1864 edition of the Philadelphia Christian Reader, “The country agreed to pay a bounty…[we] are now battling for the Union and our rights. Our families at home are suffering…and still we cannot get the bounty promised….it is very hard to be promised such a bounty and then not get it.”

By the end of the war Black Americans had torn down many of the vestiges of the old America. Black Civil War surgeon Alexander T. Augusta lead the fight to desegregate train and trolley cars in the District of Columbia and won. Over 200,000 Black men served in the regiments of the United States Colored Troops many of them boycotted and took no pay rather than submit to unequal pay. By the end of the rebellion the Federal Government band discriminatory pay practices in the Army. Three years after the war on July 9, 1868 Congress passes The Fourteenth Amendment to the United States Constitution. The Fourteenth Amendment would grant and ensure that all people born in the United States would be considered citizens, overturning the 1857 ruling by The Supreme Court that Black people “beings of an inferior order, and altogether unfit to associate with the white race, either in social or political relations, and so far inferior that they had no rights which the white man was bound to respect.”

The Double V Campaign fought by those of the Civil War generation would lay the groundwork and president for their descendants during WWII.

Pictured is Private Louis Martin of Company E, 29th USCT who lost his arm and leg in the War of the Slaveholders Rebellion. 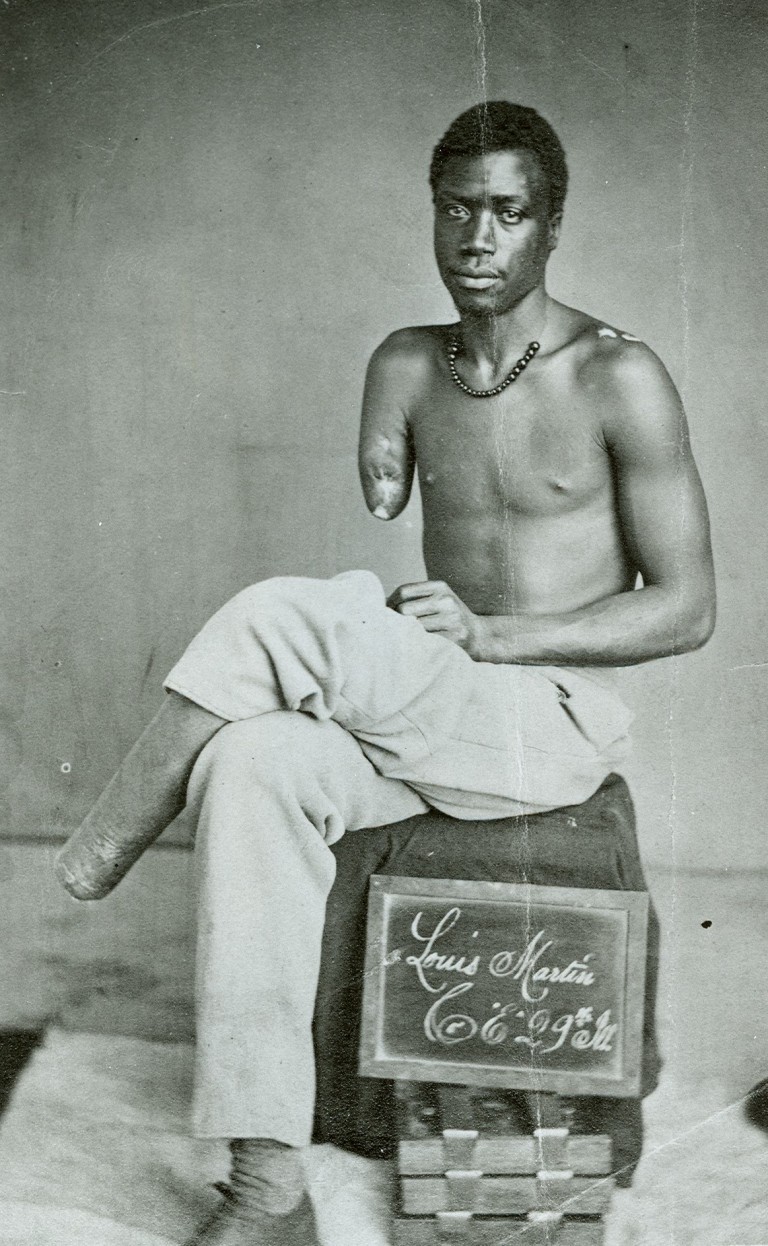